We all love those games in which we have to find resources that allow us to survive, build, train, requiring the capacity of our technical skills and intelligence to lead us to victory, they are simply something fascinating.

Strategy games have become very popular and have moved into the world of our smartphones and tablets. Both Android and iOS have games of this theme in their stores that enjoy a large number of downloads and that millions of users around the world already enjoy.

But you should know that they exist dozens of strategy games on Android and iOS without connecting to the Internet that will allow us to have a good time from our mobile phone and to defeat boredom. Some of these work without the need to be connected to the internet.

Sure you have seen a lot of Clash of Clans ads or maybe you already played Clash Royale, two quite famous games nowadays but that require an internet connection and maybe you don’t want to use up your mobile data. That is why we have prepared for you a list of the 10 best strategy games without connection to mobile data or WiFi.

This great strategy game is quite well known and is one of the most entertaining options we have to play from our Android or iOS device, without having to be connected to the internet.

The zombie apocalypse has arrived! We will have to prevent zombies from entering our garden and eating our brains, For this we will have a series of plants that will protect us and help us attack the enemy. This is the second version so you will understand that it is very popular all over the world. An extremely fun game.

If you are a lover of subgenre “tower defense”, Kingdom Rush Frontiers You’re going to love it. This game is the sequel to one of the best tower defense games that exist today. This subgenre of games consists of building towers that serve to prevent the access of enemy armies to a certain place.

Without a doubt, its predecessor Kingdom rush It is one of the most popular games of the genre but it cannot be used without an internet connection. Kingdom rush frontiers is a wonderful game that will allow you to have fun to the maximum without using the data connection or WiFi.

This great game is the second of the saga of these video games that have been adapted to be played on Android and iOS. Its predecessor gained much popularity in users all over the world and this second version is pretty good too, but best of all, you don’t need an internet connection.

The fate of humanity is in your hands. Playing at Enemy Within You will have to take control of a military squad called XCOM and fight against an alien threat using different tactics.

If we are going to talk about tower defense we will also have to talk about Defender II. This great video game allows us to have a great time without having to be connected to the internet using up our mobile data.

Preventing enemy armies from advancing to their objective is what you will have to do in Defender II if you want victory. Without a doubt, you will love this game, as it is very entertaining because it comes with new features and more powerful than the previous one, waves of monsters, fast movements and fury blows is what it brings for you.

At first glance, anyone would say that it is not a very entertaining game, but the truth is that this game is totally fantastic and addictive. You will have to slide the boxes containing the numbers, put them together and get results until you reach 2048. This excellent game does not need an internet connection to give us a great time in front of the smartphone. It is available on both Android and iOS and you can get it in their respective stores.

If you are looking for a great tower defense game, you will surely like Alien Creeps a lot. In this great game we must prevent an army of aliens from advancing towards their objective, installing towers at strategic points who will be in charge of shooting them until they are beaten. There are a lot of aliens and possible level upgrades for each tower that make the game certainly quite entertaining.

Alien Creeps is fantastic and you can play it without being connected to the internet, so you can have a lot of fun without worrying about wasting your mobile data. Great right? 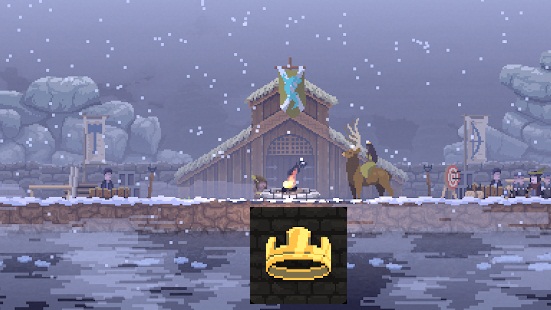 This game is just great. A strategy game in which You will have to travel to new lands, collect resources, establish yourself there, and prevent unusual threats from defeating you.

Kingdom: New lands It is available on Android and iOS and you can find it in their respective stores. The most interesting part is that you can play without connecting to the internet, So enough worrying about our mobile data bill.

Enough of saving humanity in different strategy games, in Plague Inc It is time to exterminate it. This simulation and strategy game will allow you to play offline from your smartphone, in a context where the purpose will be to extinguish humanity that you will have to infect with a disease and you will have to do everything possible so that their attempts to combat it are frustrated.

Without a doubt when talking about strategy games We couldn’t skip Star Command, an excellent option if you are bored and do not have internet on your smartphone. This cool game try to man a spaceship where you will have to strategically dodge each attack that occurs with different tactical, scientific and intelligence skills.

Star command It’s one of the best games without internet connection. It is available from the Android and iOS stores, and although its content is not free, it is worth any expense.

An excellent role-playing and strategy game that we can play from our smartphone with Android and iOS. Best of all, it is not necessary to have an internet connection to play this wonderful game.

This game will make you embark on a great adventure in a fantasy world in which you will have to save your people. Fight with different clans, make decisions and fight to survive in this fantastic game.

If you have any questions, leave them in the comments, we will answer you as soon as possible, and it will be of great help to more members of the community. Thank you! 😉