There are many ways in which we can enjoy a good song or any sound file. Those different ways in which they are offered to us are called formats, and they give content different characteristics. Very prominent are the two formats that we will see today: mp3 and mp4.

Despite being known for being audio tracks, the truth is that the latter is not exactly in audio format. But come on, that’s something we’re going to look at next when we see what each of them consist of and what are their differences.

As an addition we have also included, and at the end of the article, a double classification of types of audio formats, so that you can know exactly where these are and what their characteristics are based on these classifications.

What is the MP3 format and what features does it have?

Its development comes from the hand of Moving Picture Experts Group and was born to be part of the MPEG-1 and MPEG-2 standards. Although, it is worth mentioning that what was sought at the beginning was the transfer of musical data through the use of telephone lines. It was in 1992 when the ISO it is now considered an audio compression standard.

It is a proprietary format that includes a lossy algorithm. Considering the classifications of formats that we will see later, we have that this is a proprietary lossy compressed audio format.

Compression of this type of audio format can be done with different bit rates per second (bit / s), obtaining results, of course, of different quality and size and requiring more or less time to do so.

Compression can be done to the point of obtaining tracks reduced up to 15 times compared to the original. This makes, together with other of its characteristics, that it is a very popular format due to its versatility.

Its structure includes several frames, which have:

These aspects form a sequence call Elemental Stream. Each of these frames, with its corresponding header and its data, is independent, and can be cut and played on any device.

Its greatest milestone is the first of the formats that became popular with the use of the internetbecause it served, and continues to serve, for file sharing, both in P2P networks as in platforms for buying tracks and music clips.

So much so that it is considered a universal standard, being one of those with a greater variety of devices that can reproduce it, being able to reproduce it practically anywhereEither on a physical player or a digital one.

What is the MP4 format and what features does it have?

MP4, or MPEG-4 part 14, is a container that includes both an audio track and a video, encoded in different formats. The result is a single file based on MOV, which is a video format. Its extension is .mp4.

It also works with a compression algorithm that allows a very good audio-video optimization, offering a high final quality. Compression can be up to 16: 1.

Let’s see what is different, clearly, mp3 and mp4 as file playback formats:

How many types of audio formats are there? 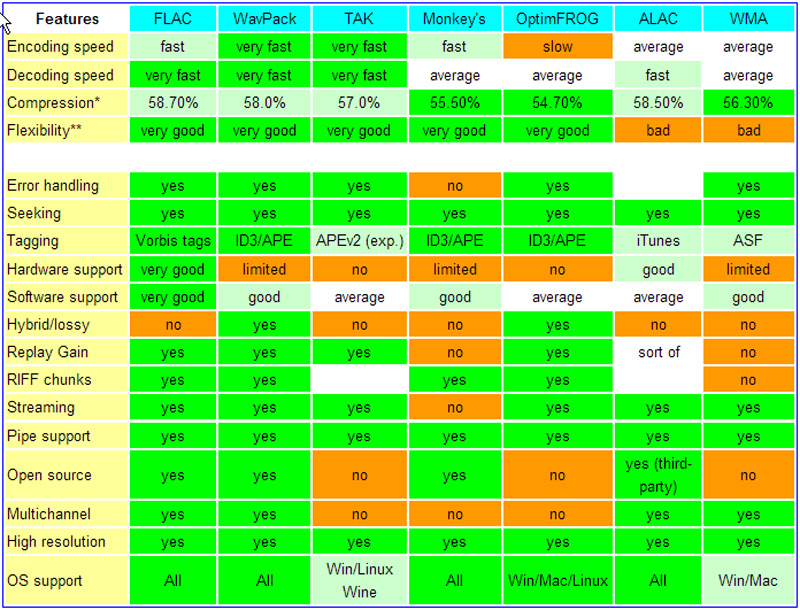 Audio formats can be classified based on whether the data stored in them are they compressed or not and, if so, whether or not they have a loss.

To finish, we leave another interesting classification, which results from knowing if these audio formats are open or proprietary.