Network protocols are different from each other depending on the characteristics assigned by their developer or manufacturer. The question would be how do these programmers manage to design a network that can connect and exchange blocks of data with others? The answer is easy: “Because they comply with the OSI layer model”.

In this article we will explain how the standards established by the International Organization for Standardization (ISO) ensure greater compatibility and improve operation between different types of network technology.

We will show you how information travels from an application’s programs, through a network medium, to other programs located on different computers on the network regardless of their geographical area.

What is the OSI layer model for computer network protocols?

The model studies the protocols that open networks must comply with so that there can be reliable interconnections among those networks, especially the ones that were created by different tech developers. That is, for a network to be identified by another they must comply with the standardized parameters of the OSI layer model.

But before proceeding we will have to know some data that is necessary to be able to definitively understand what these standards for network protocols are about.

Between the 60s and 70s Networks with monolithic architecture began to have a very important growth, since companies realized the advantages that technology offered in managing their data.

This started to cause a major problem, the technologies of the different companies could not communicate with each other, since their protocols with which they were developed were not the same, generating incompatibility between them.

Many companies solved this problem designing a third network That it could read the protocols of both original networks, but it also did not solve the problem definitely because that network was also incompatible with other open networks of other manufacturers.

These problems became bigger and bigger and many companies began to pressure the US government to start taking action on the matter.

It was only in 1984 when the OSI model finally emerged, which had its acceptance in the ISO standards with the number ISO / IEC 7498-1, which attributes 7 levels to comply with the OSI model.

It establishes the rules or universal language that every network protocol must have so that it can be considered as such, thus guaranteeing affinity with other networks. 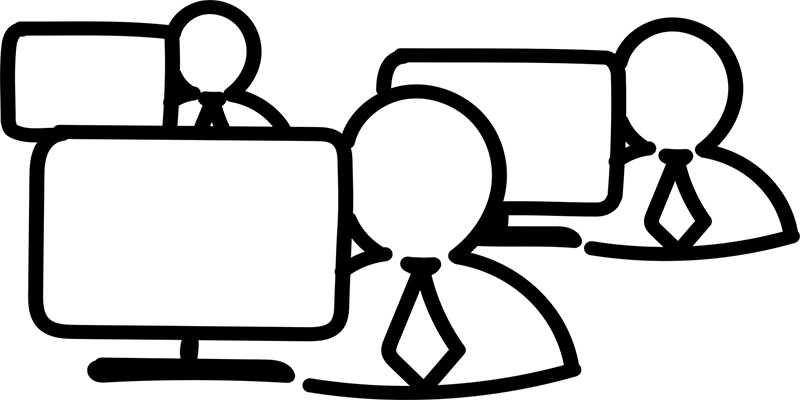 After the acceptance time of the OSI model, more flexible protocols began to exist, as the model itself is not so exactly fulfilled in reality and the layers are not as different as the model indicates.

Although it is a model that works perfectly for teaching networks, It is also one that manufacturers are most inclined to when developing their network protocols, without being entirely exact as indicated by its model.

What are the advantages of devising a computer network with the ISO model?

Among the advantages proposed by devising a computer network with the ISO model we can name the following:

What are the layers of the model and what is their role within the network?

As we told you before, the OSI model establishes standards for universal communication between different network protocols, analyzing how data blocks travel through the network, helping to understand the action that occurs between communication from one computer to another.

To do this, the model has divided the work into 7 different levels or layers, each of which has a specific mission.

We will show you each of them from the highest to the lowest:

The application layer is the closest to the userCharacteristics that do not provide services to any other layer of the OSI model, but only serve to provide network services to the applications that the user has.

An example of this would be an Excel spreadsheet or Internet browsers.

It is the layer that is dedicated to the representation of data, that is to say, it guarantees that the information issued by layer number 7 or that of application, is read.

This layer is dedicated to translating between various established formats the data used in a common format so that it can be understood by the receiver allowing the data to be compressed and encrypted.

When two hosts are communicating, this layer is the one that is dedicated to establish manage and end the session is between the same. The layer aims to offer different arrangements for efficient data transfer and classes of services.

The Transport layer is dedicated to end-to-end connections, that is, it transports the data trying to isolate the upper layers from the implementation details. This layer establishes, contains and properly terminates all virtual circuits providing a reliable service

The so-called network layer is that it provides the connectivity and selects the path between two host systems, regardless of whether they are located in geographically different networks.

This layer is where the routers are located, whose mission is to route the functions, fragment the data and later rearm them.

This layer is divided into three parts: 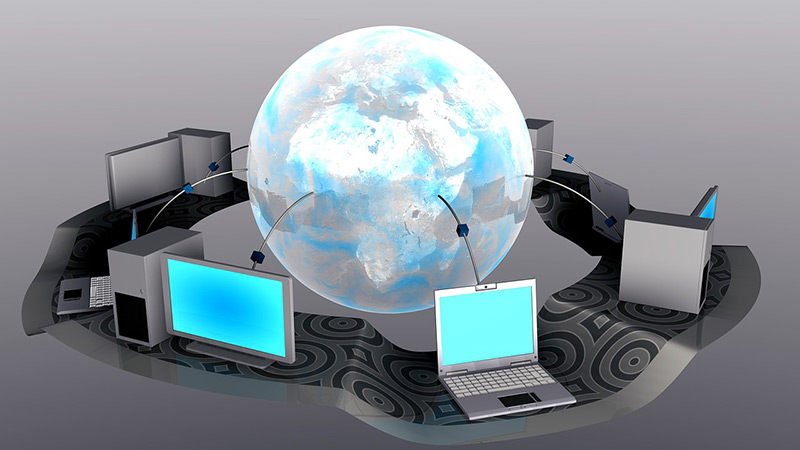 The OSI Data Link model layer, its function is to provide reliable transit through physical links. That is, it deals with the physical addressing, the access that the network may have, its topology and flow control.

It is divided in turn into:

The first layer defines all those technical specifications, whether mechanical, electrical, functional, to activate or deactivate a physical link between final systems, Among other functions.

It is also dedicated to everything related to voltage, changes to the timing of voltages, speed that the physical data will have, physical connectors and any other attribute that is defined as a physical specification.

There are different protocols that work as a set of rules and procedures between two or more computers that belong to a network, and since we deal with the analysis of the OSI model, we want to show you the most important ones that you can find in said model.

We detail them below:

Of English “Internet Protocol”, the data is sent over the network through blocks that we call packets or datagrams and differ in size. It belongs to the layer “Net” of the OSI model.

This protocol does not guarantee whether or not a datagram reaches its destination correctly, since they can arrive duplicated, broken, or in a different order than they left or simply do not arrive.

The transmission control protocol named after “Transmission Control Protocol”, it is one of the most used protocols on the Internet.

It is responsible for managing the flow of data coming from or going to the lower layer of the OSI model. Its mission is that two computers that are connected to the network can control the emission of data.

This protocol belongs to the layer “Transport” of the OSI model.

The network protocol created to provide services such as:

The NetBIOS protocol belongs to the layer “Session” of the model.

Wireless Fidelity is a set of standards for wireless networks which are based on IEEE 802.11 specifications. It is also used for Internet access.

This protocol belongs to the stage “Data link”.

This protocol used for Internet access belongs to the stage “Application” of the OSI model. They are logical links which are in charge of processing and responding to all the requests that we make to be able to view a web page.

If you have any questions, leave them in the comments, we will answer you as soon as possible, and it will be of great help to more members of the community. Thank you! 😉

Wireless networks: What are they, and…

WiFi Hotspot: What is it, how…

Wi-Fi or Cable Internet Connection Which…

What is the ideal Internet speed…

What is an Ethernet cable? How…