Basically, an operating system is defined as the most important program or software that runs on a computer, since it has the ability to control the basic processes of the equipment and thus allow the operation of other programs. So that is the set of commands that offers the possibility of carrying out any task on the computer.

For its part, each operating system is responsible for managing all computer resources, both software and hardware. Therefore, there is an associated concept known as the “Physical security of the operating system” that has all the prevention and detection mechanisms designed to physically safeguard any resource.

However, it is a terminology that few people know what it is about and what it is for. Reason why, through this post, we will explain what is the security of the operating system, what are the main risks for it and how it differs from the logical security of an OS.

What is the physical security of an operating system and what is it for?

As we mentioned earlier, the physical security of an operating system refers to all those prevention, detection and protection mechanisms intended to safeguard any system resource, at a physical level.

Therefore, it can be defined as each one of the security controls that are carried out in and around the Computing Center and in the means of remote access. As a consequence, it is a parameter that has the ability to protect hardware and data storage media. Therefore, the physical security of an OS is concerned with defending the optimal operation from a simple keyboard to a backup tape with all the information in the system, including the computer’s own CPU.

So, This type of security serves to cover threats caused by both man and nature itself. of the physical environment in which the system is located. Added to that, it is focused on study and manage the physical security of the system permanently for with it, control the environment and mechanical access in order to reduce possible accidents.

What are the main threats to the physical security of a computer system? 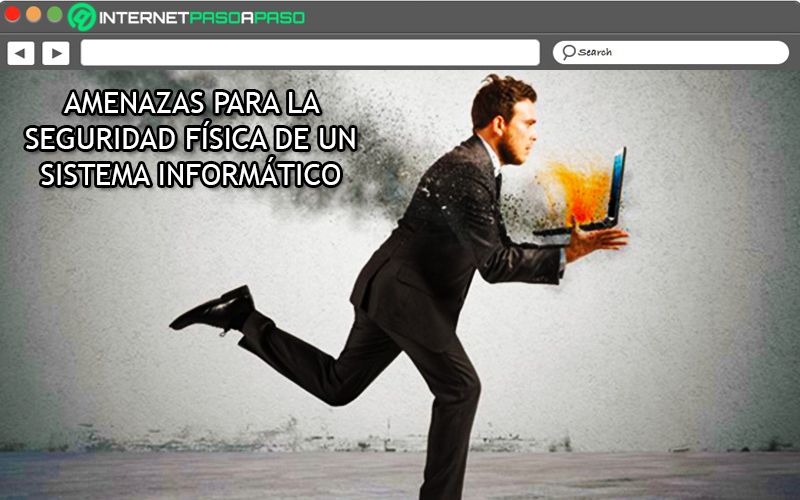 Now you wonder what are the possible threats that, in general, threaten physical security of a computer system.

Therefore, below, we mention the main of them:

It is no secret to anyone that claims or natural disasters can have clearly serious consequences on the physical part of an OS and among them, we mention the following: earthquakes and vibrations, fires and smoke, floods and humidity, as well as electrical storms.

Thus, although earthquakes are considered the least likely natural disaster in Spanish territory, it is certainly important that users take certain precautions to avoid damage if there are small vibrations. These preventions are: Do not place the equipment in high places, separate them from the windows and place the machines on rubber platforms.

On the other hand, in case of fire or smoke, it is best to use the extinguishing system and, of course, keep the equipment as far away as possible from it, since it attacks all components for being an abrasive. In that way may cause electrical overload in them. But, if any medium of the computer system comes into contact with water due to flooding or any such incident, it is very likely that it will automatically become unusable, due to short circuits.

However, it is possible install detection systems that shut down systems when detecting water and, failing that, cut the current. On the other hand, with regard to electrical storms, we limit that can produce really sudden power surges and with this, they generate a major breakdown in the electrical network. Therefore, it is advised use lightning rod to disconnect equipment before a storm; this being the only effective solution.

It is also possible that some malicious person want to cause physical damage to the operating system. So, if you have full access to it, you can hinder, deactivate or negatively intervene in access to information. It will even focus on directly stealing the system files to copy the existing data in them.

Added to that, many cybercriminals may be able to take control of the system just by restarting it with a recovery disc In order to do so, change the passwords of the users and influence all the information in their accounts. This, depending on the degree of vulnerability of the environment.

Unfortunately, protection against the saboteur is one of the toughest challenges out there. Consequently, another of the most powerful risks with respect to the physical security of the computer system, lies in sabotage. Which are also classified as threats caused by man.

At the business level, it is pointed out that this type of sabotage are carried out by employees or even by a person outside the company itself. Therefore, it is the most feared danger in data processing centers and even, due to its great power, truly optimal high-level security programs have yet to be designed to eradicate that.

An external threat of great relevance is the electrical noise that is usually produced by heavy machinery or engines that are very close to the computer. This risk can even be caused by a multitude of devices or other computers.

It should be noted that the noise is transmitted through space or through nearby power lines. To avoid the problems it causes, it is best to place the hardware away from the elements that are producing that noise. In addition, they can also be shield equipment boxes or install filters. 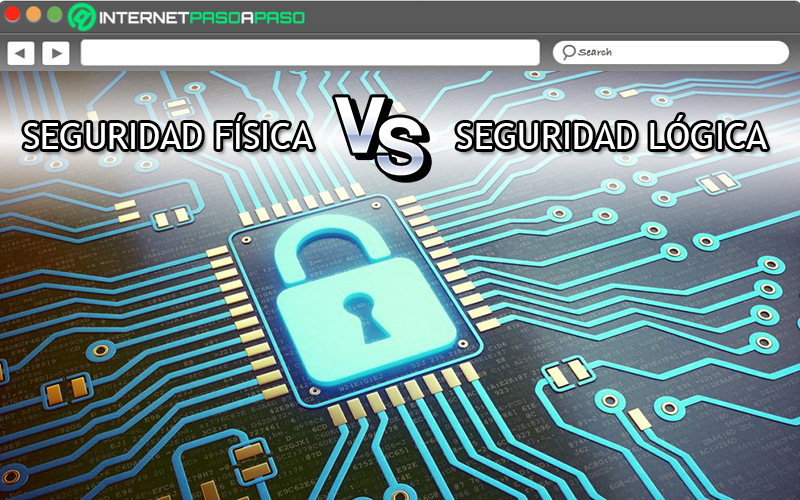 On the other hand, in addition to physical security, the logical security of a computer system is also distinguished and this is defined as the application of procedures and / or barriers that safeguard access to data and information contained in the medium.

As a consequence, you will surely wonder how one security differs from the other, since they are terminologies that can be associated by their foundations. Well, while physical security is responsible for protecting systems against purely physical threats, what logical security does is safeguard the information within its own environment through security tools.

In such a way, physical security applies control procedures to prevent natural disasters, internal or external sabotage and logical security it simply uses techniques aimed at protecting data against destruction, modification, delay or undue disclosure. Additionally, here we let you know some of the systems that belong to each of these types of security strategies, that is, physical and logical.

In order to be able to further distinguish both terms:

How to activate and configure Parental…

Why Should I Encrypt My Data?…

Verifpal  What is it? + Benefits…

Users in Information Systems  What are…

Rate this post
Table of Contents show
1 What is the physical security of an operating system and what is it for?
2 What are the main threats to the physical security of a computer system?
2.1 Natural disasters
2.2 Man-made threats
2.3 Internal sabotage
2.4 Electrical noise
3 How is physical security different from logical security?
3.1 You may be interested:
3.1.1 How to activate and configure Parental…
3.1.2 How do I activate and configure…
3.1.3 Why Should I Encrypt My Data?…
3.1.4 View Saved WiFi Passwords in Windows…
3.1.5 Verifpal What is it? + Benefits…
3.1.6 Users in Information Systems What are…